James Akinjo is a 4-Star top 100 point guard for the Salesian Pride out of Richmond, CA. He is a pit bull of a point guard that will defend 94ft, with a silky smooth pull up, and lead your team. On top of that, he boasts a 3.8 GPA. Akinjo became a national name after his MVP performance at the Nike EYBL Peach Jam with the Oakland Soldiers. He finally gained the high major recognition he deserved; receiving offers from Uconn, Maryland, UV, Cal, and Iowa St. Before his senior season, Akinjo committed to the University of Connecticut to play under former NBA player Kevin Ollie.

(Note: Video was made during James original commitment)

The day after Akinjo played his final high school game on 3/9/18, Coach Kevin Ollie was let go as coach of the University of Connecticut men’s basketball team. James was touted as the next great point guard to lead the Husky’s; following the footsteps of former NBA players Kemba Walker, Shabazz Napier, Marcus Williams and his would have been “Coach” Kevin Ollie.

Since his de-commitment and release of his NLI on 3/20/18 college coaches from all across the country have been flying in to come to Richmond, CA. The most notable coaches are Patrick Ewing (Georgetown), Sean Miller (Arizona) and Wyking Jones (California) who was in James original top 5.

So where does the fortune cookie reveal as Akinjo’s favorable options? 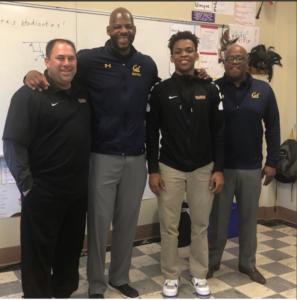 Let’s start with the school closest to home University of California, Berkeley. The Golden Bears had a season to forget as they went 8-24 and were dead last in the Pac-12. 2018 will be a different story for the Bears as they have a Top-25 recruiting class in the nation with Jacobi Gordon, Matt Bradley, and Andre Kelly. This includes the transfer of former Bishop O’Dowd standout point guard Paris Austin, from Boise St.  Jordan Brown, a 5-star Mcdonalds All-American from Norcal, is also on the top of coach Wyking Jones radar. If the Bears can secure the top 2 players from Norcal, then they will be easily back fighting for the Pac-12 crown and playing in March.

While covering Akinjo this summer and senior season, I noticed his family at every game, cheering for him in the front row of each and every single one of his games. Playing for the Bears would allow him to play in front of his family every home game before he starts traveling every other night in the NBA.

The University of Arizona Wildcats has had a tornado hit Tuscon the last few months with the NCAA scandal regarding Sean Miller. The scandal cost Arizona their 2018 commits Shareef O’Neal and Brandon Williams. The Wildcats currently do not have any incoming recruits for 2018 and if this scandal does clear up for the Wildcats, Arizona would be a great landing spot for Akinjo. He will be the starting point guard right away and Chase Jeter will be active after transferring from Duke. Sean Miller is also targeting fellow Norcal star, Jordan Brown who is also deep in the Cal recruiting process. 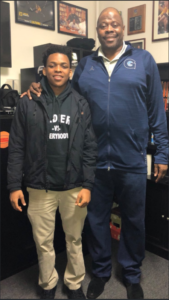 Georgetown, led by NBA Hall of Famer Patrick Ewing would provide the most similar situation as Uconn. Most would believe that playing in the NBA is Akinjo’s ultimate goal; playing under an NBA player and starting right away would give the best opportunity for that.  The interest from coach Ewing was evident as he was the first coach to pay Akinjo a visit after his release from Uconn.

No matter what school he chooses, we are excited that a Norcal talent like Akinjo finally gets the recognition he deserves. He is a proven winner, leader, and exemplifies what every college coach is looking for in a point guard. Life’s good when you have options, Goodluck to James Akinjo at next level and beyond.

Splash City is Back on the Grassroots!

Simply Showdown RecapBy Coaches Corner Digest Game 1: Vanden Vs Oakridge 70-49 - VandenOakridge looked to be up for the challenge coming out early and jumping on Vanden taking a early...

Northern California has always been known to produce some of the greatest point guards to ever touch the floor. However, the big man pool of the region has always...

On January 18th the Simply Showdown will take place featuring 18 teams and a full day of basketball. Featuring  some of the top teams in Norcal and Shadow Hills...

The Bay Area has been a breeding ground for some of the most accomplished point guards to ever touch the hardwood. Hall of Famers Jason Kidd and Gary Payton...