With NorCal basketball being one of the best regions around for high school hoops, The Simply Super Showcase couldn't have come at a better time given players the opportunity to compete against some of the best competition NorCal has to offer. With multiple media services and College Coaches in attendance, this was another great opportunity for NorCal basketball to shine and that's exactly what occurred.

Jake King - 6'5" C/O 2023 - Clayton Valley Charter - Physical left handed guard that can do it all, handles the ball well, attacks the basket with force finishing through contact, as well King can shoot the long ball. King is an ultimate team player communicating with his teammates on the floor as well as from the bench.

Malachi Miller - 6'4" C/O 2023 Central Catholic - Strong guard that's extremely athletic and gets to the basket with ease. Plays both ends of the floor with force and purpose. Miller put up big numbers the entire event being a force to deal with. Miller will stuff the stat sheet.

Broyce Batchan - 6'2" C/O 2023 Sunrise Christian - True point Guard. Makes everyone better around him. Batchan confidence and leadership was on full display spending most of the day setting up his teammates and putting them in great position to be successful. Coach on the floor

Max Tengan - 5'11" C/O 2023 Sheldon - Shifty Guard with great court vision. Max can shoot the deep 3 as well as get to his midrange game which looked extremely polished. Fearless point guard with a great feel for the game.

Cruze Burrise - 6'7" C/O 2023 Edison High - Listed at 6'7" but looks taller in person. Long frame that causes matchup issues on both sides of the ball. Burrise can blow by bigger guards at the same time post up smaller ones. He plays hard on both sides of the floor with great shot blocking ability.

Christian Wise - 6'7" C/O 2023 Riordan - Strong physical forward that plays with force. Wise is a load to handle inside. Rebounds well and plays above the rim with his extreme athletic ability.

Austin Dewes - 6'11" Alahambra C/O2023 - Big Mobile Center that plays with good energy. Runs the floor well and keeps up with the fast pace guards. Dewes was able to use his size to disrupt many plays and finished well around the rim. 4.25 GPA

Isaiah Chandavong - 6'3" C/O 2023 Inderkum - Isaiah had a great day showing he can do it all. scoring from all three levels and defending with lots of effort. Isaiah also possesses great court vision setting his teammates up in many different ways. He's a Long athletic guard that understands the importance of playing both ends of the floor. Chandavong size and athleticism will cause matchup issues for opponents with smaller guards.

Julian Costa - 6'3" C/O 2023 Liberty High - Julian is a scorer. Pretty jumper that always looks like its going in, but will drive by defenders and use his midrange pull up as well. Costa has a multitude of ways he hurts defenses and stays under control doing it. Excited to watch him this upcoming season.

Edrick Dennis - 6'7" C/O 2023. Vanden - Smooth left handed guard that scores in bunches. Very nice touch on the ball which makes you believe everything he shoots is going in. Edricks ability to shoot the ball from 3 makes him a very tough guard for smaller opponents.

Amari Gray C/O 2023 - California High - Fast guard that puts tremendous pressure on the defense. Amari plays downhill and finishes extremely well in traffic with either hand. Grays uses his speed on the defensive end as well making it tough on opposing guards.

Robel Zemmo C/O 2023 - Oakland Tech - Lefty guard with an never ending motor. Plays tough and attacks the rim with force finishing with either hand well. Robel is a hard player for defenders to stay in front of due to his multiple ways he can score the ball.

Aden Cury - 6'4 C/O 2023 - Santa Cruz - Finished strong around the rim in both games, known for his ability to a little bit of everything. Aden showed he is a confident shooter from the outside and made multiple 3's per games.

Mwandishi Adams - 6'7 C/0 2023 - Edison - Consistently finished around the rim in traffic, was effective in the pick and roll, and showed he capable of using limited dribbles to create his own shot within 15ft.

NorCal Teams in the Championship Round at Section 7.

With the talent level being extremely high here in Arizona we wanted to take some time to acknowledge those NorCal teams that are undefeated and will be playing in Championship...

On March 19th, 2022 the inaugural Battle of Norcal Seniors Girls Festival was held a Chabot College. Where we showcase the Best of the Best in Norcal to celebrate their...

The Greatest Shooter of All Time

Stephen Curry broke a record that establishes his greatness as a player.  December 14, 2021 will be a date to remember in NBA history. The greatest shooter ever, a man... 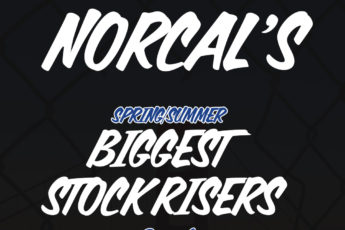